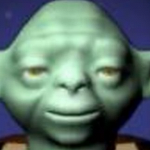 This is a joke!
This user is currently banished from Amphibia. The latest banish log entry is provided below for reference:

Reunion (At first disappointed but now I enjoy it)

The entirety of Steven Universe

It’s WikiKansel, who is prank blocked for no reason, who am I? I have decided to rebrand my profile because I wanted to clean it because it was a GIANT mess.

I created my account over a year ago, before I knew I would have an entire staff position on multiple wikis. I used this to make crappy and overall bad edits and pages. It wasn’t intentional, I just didn’t understand how to edit on FANDOM. I became less active, but I sometimes edited and commented. This is when Amphibia comes into play. I watched a Failscumbob69 (Vailskibum) video, and it mentioned Amphibia, I didn’t care and moved on. I later found it out again, and started looking at videos, including the sneak peak. I was interested, and then my interest in FANDOM came back. I mainly edited to help the wiki, but I encountered Crunchy (Formerly Spuffy and Bubic) He just said “Wally is not a monster lmao” and then put a link to his wiki, that he created, I started editing there. I still didn’t know that the old wiki would crash and burn as the new one grew. I started editing on many wikis. And this guy called Arik, yeah, he actually thought that he was a Thousand times older than me, Crazy, right? Other stuff happened, Crunchy got angry at me, we stopped being friends, but only for a little while, I begged him an apology. Everything went back to normal, but I was globalled, I tried to appeal via discord, but all it did is get it shortened, and look at me, wasting my time over nothing.

Retrieved from "https://amphibiapedia.fandom.com/wiki/User:WikiKansel?oldid=39814"
Community content is available under CC-BY-SA unless otherwise noted.